In collaboration with Waseda University, we make real estate plans in the areas surrounding each campus area and construct buildings. In accordance with demand, we build student dormitories, complex facilities including commercial facilities, and office buildings to provide convenience to students, faculty and staff while contributing to the revitalization of the area. Okuma Square Building[Shinjuku-ku, Tokyo] March, 2015
In addition to the university-owned land of Okuma Avenue we acquired the adjacent land and developed a building complex. The aim is to contribute to the regional activation; place together companies affiliated with the university; and provide student dormitories. The 1st floor is a café where local residents and students gather; on floors 2 to 4 are the offices of the university affiliated companies; floors 5 to 10 are a dormitory for Waseda female students only. (Ichishima Memorial Dormitory in Waseda). The building plays a role of connecting the university with the area. 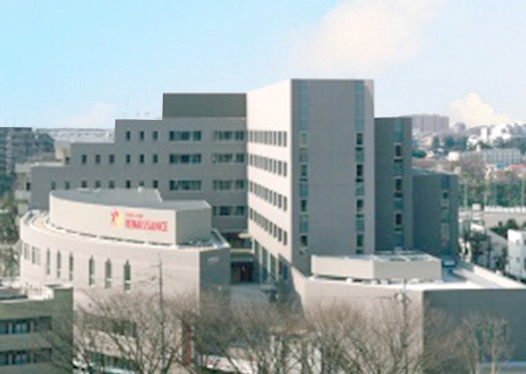 Higashi-fushimi STEP 22 Building[Nishi-Tokyo City, Tokyo] March, 2004
It is a building complex that integrates the school building and commercial facilities with the site of the diving swimming pool, which was in Waseda University’s Higashifujimi campus. As tenants we operate sports centers, supermarkets, convenience stores, dental clinics, and burger shops in the commercial facilities to revitalize the community and improve the convenience of students. 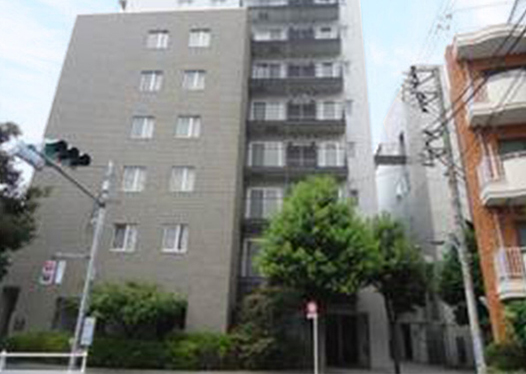 Waseda STEP 21 Building[Shinjuku-ku, Tokyo] March, 1993
We organized a number of landowners, including Waseda University and Waseda University Press, gathered the premises together, and constructed a facilities complex of office buildings and residential buildings. The residential building is used as an accommodation facility for foreign researchers. Nishi-waseda International Students’ Dormitory[Shinjuku-ku, Tokyo] July, 2008
At Waseda University, which has the largest number of international students in universities throughout the country, this is a dormitory designed and built for exchange students in land that was searched near the campus. Sanae Dormitory for male students of Honjo Senior High School[Honjo City, Saitama Prefecture] March, 2012
At the time of the school opening in 1982, students who were unable to commute from their homes to school were lodged in consigned homes built by local collaborators, but after 30 years, due to the aging of collaborators and buildings, it became indispensable to build a student dormitory.
Therefore, we planned and built a student dormitory for the high school. 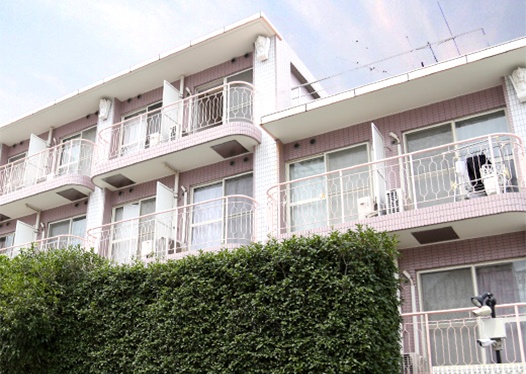 Espoir Mejiro[Toshima-ku, Tokyo] March, 1983
In February 2009 we purchased a female student dormitory owned by an existing private company and carried out remodeling. At the time of the purchase, many students of other university than Waseda stayed in, but over the course of a few years it became a dormitory exclusive to Waseda students only. 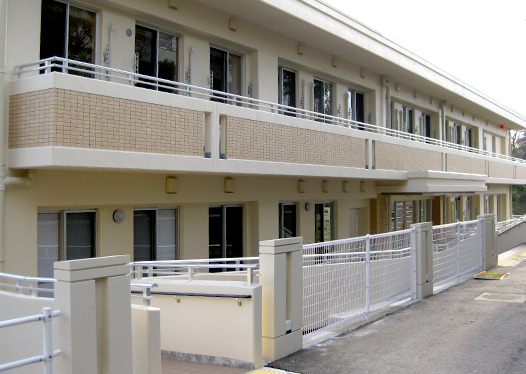 Dormitory for students of Setsuryo Junior & Senior High School[Ibaraki City, Osaka] March, 2010,March, 2011
We established a high quality educational environment by constructing the dormitory for Waseda Setsuryo Junior and Senior High School. The school gathers students from all over the country and became part of the schools affiliated to Waseda University for the first time in the Kansai area.
It was constructed separately for stage I and stage II. 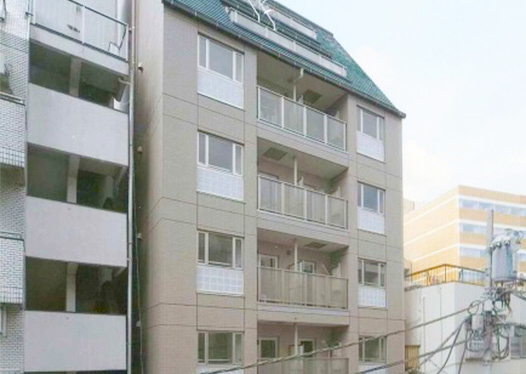 Okuma Avenue[Shinjuku-ku, Tokyo] March, 2007
As a utilization measure of idle land purchased in 2000, we planned and built a student apartment. It is a property that is popular because it is a female student apartment close to the campus. Tennis Court in Tokorozawa Campus[Tokorozawa City, Saitama Prefecture] October, 2009
We bought a tea field adjacent to the Tokorozawa Campus and carried out everything from development application to construction order as a tennis court and transferred it to the university after completion.
Currently it is used mainly by the soft tennis club, Waseda University. New Life Waseda[Shinjuku-ku, Tokyo] June, 1982
It is an apartment near the university south gate that we bought during the
Waseda University Printing Corp. era.
It was used as a dressing room for the staff in charge during the entrance examination printing period but in 2012 it was renovated and we operate it as a two-room share house. 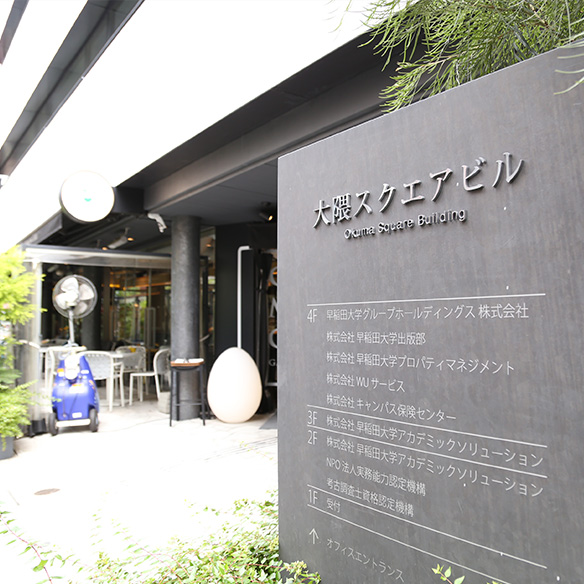 Flow from planning to operation When Waseda University buys and sells real estate, negotiates with counterparties, adjusts contracts, etc. we play a role as a specialized intermediary company at Waseda University so that it can conduct safe transactions. 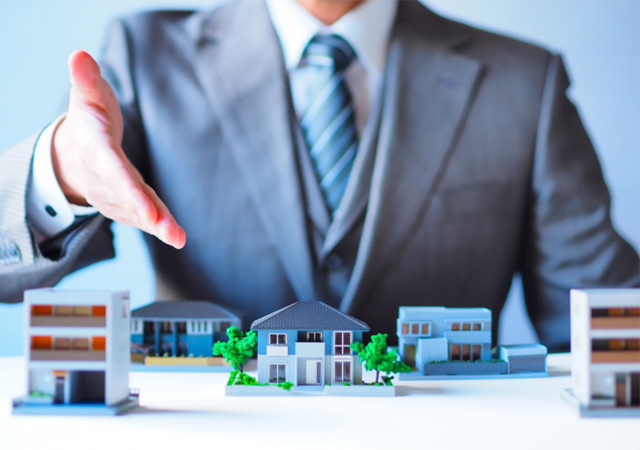